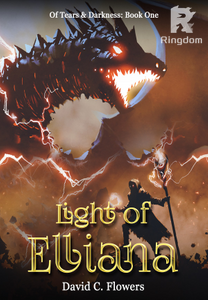 Brenna Caldwythe, upon exploring a forest on her sixteenth birthday discovers a relic. Her discovery began a chain of events, which will forever alter her purpose in life. She learns great evil has risen and is preparing to conquer the world. It is revealed to Brenna that her birth was spoken of long ago. Her arrival upon her sixteenth birthday was foretold to mark the beginning of the end of an age, wherein all that existed would be forever changed.

The prophecy speaks of a Prince who will ride beside her. Prince Donovan Answaar through a culmination of events finds himself mysteriously guided deep into the forest, where he is found by Brenna. He also discovers his life will no longer be the same. Determined friends, in the form of Princess Morgan Trindell, Changa, a Centaur, Girard Addenay a master swordsman, among others, are found by Brenna who guides them to Donovan. Once reunited, it is discovered five individuals are experiencing recurring dreams which state they must undertake a quest to find something lost long ago. With the enemy pursuing them, and facing unknown dangers during their long journey, the intrepid adventurers are in a race against time to fulfill a prophecy. The prize is nothing less than the hope of victory over the evil which threatens to destroy their world and everything they love upon it.

A’keen (Pronounced Ah-keen.) Known as Power of the Light, originates from the Great Mother Elliana. It is an energy that fills all creatures of the light and the elements. Aligned with the power of life and all, which is good, it is anathema to creatures of darkness.