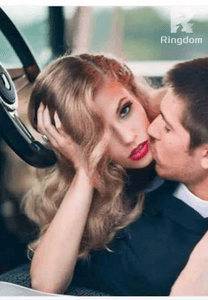 The Secret affair of the young CEO

Jude, the son of a renowned CEO in the country, had successfully taken his father’s stead, and named the new CEO at the MARK LASWON EXPORTING AGENCY after contributing the most shares to gain him this sought after position. To mark this achievement of his, he partied all night at the club with his best friend, Henry and other acquaintances. Henry paid a woman to give Jude a good time after Jude had drank himself to stupor, and the result of the union between Jude and that female called Agnes was a baby boy, Jake. This development was unknown to Jude, until Agnes had given birth to the baby and visited Jude in his office to show his son to him. Jude turned her down at first, but he eventually sought after his baby, insisting on being present in his life, and then fell in love with Agnes along the line. A lot was at stake for Jude. He had a girlfriend, Lexy that suffered a complicated relationship with him. Lexy’s dad And Jude’s Dad we’re business partners, and if their kids relationship suffered, it would likely affect the business dealing that their parents had. Besides, what would his high end, elite parents think of his getting into a relationship with a low class lady like Agnes? Even worse, what would they think about him having a kid with her?

Jude Lawson slept in his office that night.

He couldn't get himself to go back to his house or the secret villa while he knew that Agnes was missing.

In the morning, his phone rang, waking him up abruptly from sleep.