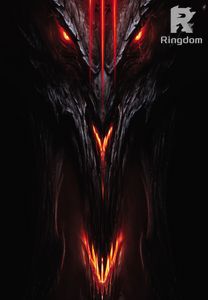 The Rise Of The Dark Lord

The World was peaceful, everyone enjoyed whatever mother earth had to offer, and they were content with it. But it was not long before someone felt threatened by the increasing power of a certain race. There was another race which was hit by the crisis of their depleting resources, their population grew exponentially. Both of them felt they were superior and deserved to be treated that way. They joined hands, and their target was a certain race which was living peacefully in one of the corners of the world. They were not even aware of the crisis which was to fall on them.

Three hundred years passed by and the demon race which was banished declined to it's lowest. But fate had something stored for them. When they thought everything was over for them a child was born into their race. He was different from others, he was not going to leave himself in the feet of fate, he was going to fight his fate and create his own marvels.

He left his home, his parents and his people, to explore the world and find out the real reason behind the war, which took everything away from them. The reason why they have to live in that godforsaken land when everyone else enjoyed the resources which were meant for them.

On his journey, he was accompanied by his daemon kappa, a sly dragon not more than a foot long. They continued their journey and went to different races which were affected by the war and now lived a miserable life just like them, in constant fear and oppression. These were the races which once lived a proud and happy life but now they are nothing more than slaves.

Deep inside the forest

Surrounded by large trees and a waterfall in the background, some large beasts were gathered and discussing something. A large lion undoubtedly about a dozen feet tall stood in the centre while others stood on either side, in front of him. The lion with a white body, platinum mane and a platinum ……