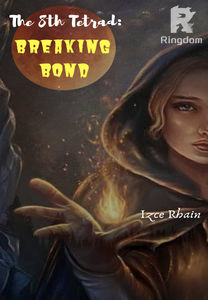 In the fairy kingdom, Hera is the only royal heir who cannot will her gifted power. She tried her best to study how to use it, just like her siblings, however, she ends up a failure. She decides not to dwell on it anymore, even without her power she can still be reliable. She is smart, outgoing, and brave. Her keen eye for details makes her a perfect army tactician, being prepared for an unexpected attack from your enemies is always a priority to secure the safety of her kind. While having her usual round of checks, she meets an unconscious wounded guy in the middle of the forest who wakes up not having a recollection of his identity. This guy begins to pull her into a world that is strange to her, but without her knowing, bumping into Drayce/Aureum is not a mere accident, but instead, it is planned to trigger a prophecy...Can she still trust him after all these? How will she fight for her blossoming feelings when Drayce's father's real intention is to eliminate her kinds and rule them all? And what will happen if she finds out that in order to survive, one must die?

After Hera saved Winslow from the Kinnari, Nara, she fainted. Hera is still taking her rest while outside the rest of them are enjoying the silence of the night.

When he is already……