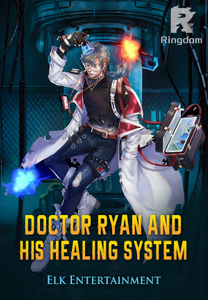 Doctor Ryan and His Healing System

One month ago, Ryan became a medical intern at Central Coast Hospital upon graduation but caught a cold that almost took his life.

Some day, an old man with one hand holding a sword and the other gripping many needles turned up in his face, showing him amazing diagnosis skills: acupuncture with needles, Kungfu, and quantities of knowledge of all fields.

That ever-seen knowledge flooded into Ryan’s mind in no time.

When he finally digested all the knowledge passed by the old man, he magically recovered from the bad cold.

Later, when he witnessed that a patient whose lifespan read 0 died on the ward bed, he realized he actually had the ability to tell how many years a person could live.

How could that possible?

Linnet felt so empty and her life just didn't seem worth living anymore after she heard the news of Ryan’s death. She suffered from loss of appetite and insomnia, which made her thinner and weaker.

Her father was very worried about the fact that she was very thin, almost to the point of emaciation. Ryan’s death was sheer torture……