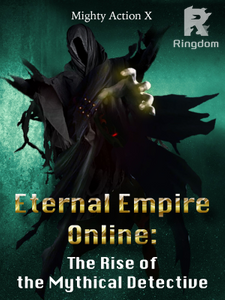 Eternal Empire Online: The Rise of the Mythical Detective

Genesis was the greatest of the Soteria, one of the pillars of the World. But after a deadly incident, everything around him changed. He throws himself into the Eternal Empire, the greatest VR Game that swept the world.

But is Eternal Empire truly just a game? Why is it linked to the tragedy that destroyed his life 5 years ago?

No matter what are hidden behind, Genesis is going to unveil them all.
Under his avatar of the enigmatic and all-powerful, a new legend is rising, the Mythical Detective...

"I shall change my fate and reclaim what I had lost! I WILL BE THE KING OF THE ETERNAL EMPIRE!"

I will keep a steady update. If you like it, please add it to your library. So, you won't miss the new chapters.

I am also working on a new novel, Rebirth of the Supreme Sentinel, it would be great if you like it as well.