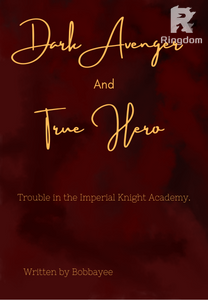 Everyone want to be a main character of their live. But, that's just a talk. Though, there's a small percentage of 'Main Character' in the world. Those who work hard and achieve their biggest dream. Are the Main Character. Those who didn't... Aren't. It's a simple concept that everyone should know of. And in Earth, There's a man called Trevor Adrian. He was once the best at something. But then all of that was reap off of him. Leaving him depressed over it. The 'He' who he thought is the Main Character, suddenly turn into a side character.
And one day, He was killed due to an 'accident'. And when he woke up, he was greeted by an otherworldly landmark.
"Where Am I?"
He look around and what he sees... Is something else... Something fantastical and magical. Something unbelievable that he himself can't wrap his head around.
Tune in to his Story where he try to survive his First Few Days and make it to Other Places where he found a lot of attention.

A bit of Rest goes a long way for me... Aerin is now with Ruu... The others is busy with their own lover... Ruu and I immediately get together away from the others... Well, it seems like they already make an agreement to finish their own thing first...

Ruu and I sat down quite far away from the other... And Ruu immediately said.