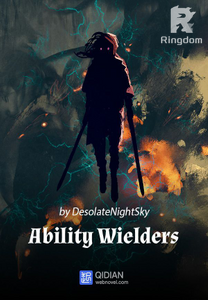 Superpowers. Are they a myth? Are they real? What if they existed in the world without you knowing? What if there was a hidden world that consisted of superhumans? What if humanity has lived this long and has advanced leaps and bounds without knowing the existence of such… Phenomena? Most of them simply dismissing it as conspiracies. Myths. Imaginary.

Reality and fiction. History and mythology. Physical and metaphysical. Normal and supernatural. What exists, and what did not? Are the stories really only stories? Or were they truths hidden from the public?

The year is 2057. Underneath the moonlight, a man slept and dreamt of something bizarrely vivid. When he finally woke up, he felt that he drowned in the dream, only to find that he acquired superpowers. The one thing that many people desired. The one thing that he so wished.

If you were to be put in his place, what would you do? Would you go on a killing spree? Would you use it to play the hero? Or would you rather hide it, using it exclusively and discreetly for your benefit? These are questions that all those who bear the title Ability Wielders must face.

2:00 AM. February 15, Friday. Hayden woke up at the bed of the master bedroom of Eun-ha’s mansion. They were positioned in such a way that Hayden was in the arms of both girls. It was, in all honesty, comfortable and made Hayden feel safe.

He was being coddled by the two ever since he died. It was as to be expected. He did die……