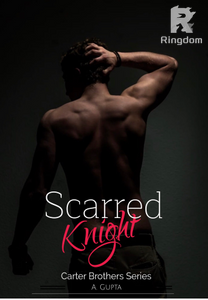 "Hide, little deviant. I won't show you any mercy."

“Leave me.” I said, my words low and lacking the strength. Maybe because I didn’t want him to.

He leaned down closer. The dark was making him invisible but the hoodie was keeping him hidden too. “You’d have to do better, Little Deviant.” I squirmed in his hold, twisting my arm to slip it free but he only tightened his hold to the point of pain. “Submit.”

I laughed. “In your dreams.” I said through clenched teeth and then head-butted him. Unfortunately, he was ready for it and my head only grazed his chin.
He chuckled darkly but stopped short when I stood up on my toes and kissed him. I smiled inwardly as his hold loosened and he kissed me back. Smelling of cinnamon, just like my Ghost. But still icy just like my Knîght. This time when I pushed him back, taking him by surprise with all my force, he stumbled back and I whipped around making a run for it.

I didn’t even take two steps when I was falling down on the floor with him on top of me. “Fûck…” I growled and the fingers tightened around my throat as he growled, “I will f**k you, little girl.”

I sucked in a breath. It was different. His voice. The name he used for me. And a shiver of apprehension raced through me. “I— I”

“Hush…” His lips brushed mine as he said, “You know your safeword?” Safeword. What was it? Yes. Promise. I nodded. “Say it.”

“Promise.” My lips brushed his as I spoke.

“Then say it only when you want me to stop. Yes?” I nodded. “Say it.” He growled, his weight pushing me into the carpeted floor harshly.

And then it was on.

“Good. Because now, there's nothing that would stop me.” His hand went to my top as his rough fingers started to tore at it. “I will f.ck you so hard, little girl, I’ll make you cry.”

Hello readers, here's the list of my other books. Please, do check them out.

The following books are for mature audiences with dark themes and Anti-heroes that you'll hate but end up loving them.

All these books are COMPLETED.