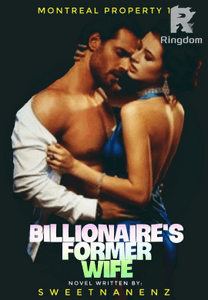 Warning: Some scenes are not suitable for young readers. Read at your own risk. SPG alert! (18+)

Whatever your reason is, it doesn\\\'t justify for breaking my heart.--- Afiah


Afiah Sofia Sarmienta, adore Seighfred Montreal since childhood. It was a secret that she wanted to keep forever. Because, he is inlove with someone else, to her close friend Hannah Lauren Lauricio.

One fateful night, she accidentally gave her self to him, in which he was forced to marry her. But, he treated her as some kind of w***e. Tiniis nya lahat, dahil mahal nya ito.

Time comes that Lauren went back, so he divorced her and marry Lauren instead. Broken hearted, she left with a secret. She is carrying his child.

Years later, she\\\'s back for an important job. Time and pain made her a strong, smart and successful woman. And her new self swear to never love Seighfred again.

Seighfred Montreal, wanted to take back his former wife. He will go through heaven and hell, just to have her again. Kahit umiyak, lumuhod o hagkan ang paanan nito, handa nyang gawin mapatawad lang nito. And then, he found out that they had a twin sons, na kasing tigas din ng bato kung suyuin.