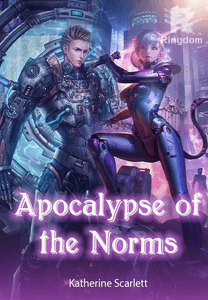 Apocalypse of the Norms

Apocalypse strikes the earth in the year 5000, resulting in silicon-based life forms also known as Norms. They proliferate in great numbers, and anyone who comes into contact with them begins to develop crystals inside of them.
They began to prowl the planet, annihilating everyone who got in their way, no matter how big or small. They could fire laser beams that could instantly destroy an entire nation. Big and powerful people were unable to keep up with them. They most likely arrived on Earth from space.
They perceive people as hostile foes who want to eradicate them from the planet. One by one, they obliterated many small and large nations, and soon the entire planet was beginning to perish.
Nobody could compare to them in any way. Everyone was concerned about how they would combat them. After the destruction of both America and England, they decided to create something that can combat them.
The world's scientists collaborated and conducted extensive research before managing to produce Adam and Eve, the most ideal beings capable of piloting mechas that can engage in combat with Norms.
Similar to the angels of God who supported and helped him, they are referred to as angels. The shards and pieces of those Norms were used to build the robots. The Land of Nod, located on the Garden of Eden's eastern side, is the location where the riders were raised to fight according to then-accepted norms. where Adam and Eve were initially created.
Adam and Eve are raised together so that they can both ride the Angel and challenge Norms who are roaming the earth and have created this as an habitant. Will they succeed in this battle, or end up losing?

Just when they thought that Daniel was going to take their side it didn't happen. When the ground was clear for everyone to see, they saw that Daniel was staring at them. Angelica thought about calling him out but that was not going to happen. He had the empty look in his eyes.

And there was something different about him also. He gave ……