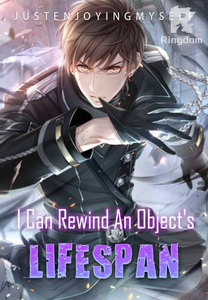 I Can Rewind An Object's Lifespan

This is a new era, set on a blue planet that is very similar to Earth. Having the same history as Planet Earth, after so many wars, society has finally arrived in an era of peace. But the era of peace did not last long, because a catastrophic plague began to descend on the blue planet. Unlike the common cataclysmic outbreaks that have occurred, this catastrophic outbreak is very mysterious. For 7 days, black dust suddenly descended on the blue planet. At first everyone just thought it was ordinary black dust, but what surprised them was that the black dust did not fall to the ground, but was sucked into the human body.

The researchers found an oddity, it turned out that the black dust suddenly formed a small seed in the human body. The researchers thought that if the tiny seed bloomed, something great would happen.

It turned out to be true, only after a day did the black dust calamity outbreak stop. Some humans suddenly have supernatural powers such as breathing fire, physical enlargement of the body, or hardening. They are referred to as Evolvers.

But unfortunately, the sweet dream was not what the evolver expected. Because the big price to pay for that power was that the user would lose control at any moment.

Of course, the public and the government consider the Evolvers as a ticking time bomb that can explode at any time. That's why the evolvers were exiled by the government to a remote island in the Pacific Ocean.

Follow the journey of the main character in escaping from the exile of the prison of Tartarus to the outside world which is heading for the third world war between supernatural powers and technology.

When each group came out of the door of the room, they saw a very amazing sight.
As the map depicted, all the groups looked at the location that had been shown while they were in the square.
The D-H& group saw the scene in front of them was filled with grains of sand and had 4 crystals measuring 1 meter in size and a glowing crystal me……