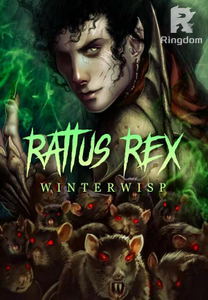 In an attempt to change the fate of his enslaved, rat-kin people, Halifax seeks to ally himself with humanity's saintess, with whom he made a promise long ago. However, the plan fails and both he and the saintess dies, and with them, the dream they shared.
Only, it was not the end. To his horror, Halifax wakes up in the body of a human, now living in an entirely different world from the one he knew. Reborn as the youngest son of a minor lord, and given the name Hamelin, the former vexen overlord seeks to regain his former power and discover the truth about his second chance.
On his journey, Hamelin must plunge a peaceful town into chaos, wage war to expand his underground empire, and enter the elusive realm known as the Inverse, which holds a sinister connection between his new- and old world.

Despite his exhaustion and mental fatigue, Hamelin was alert the moment he heard the vaguely familiar voice. Sitting up, rays of morning sun passing through the forest canopies blinded him, revealing only a shadowy shape entering his clearing.

“Oh come now… I said I’d be back today for an answer,” the voice said, sounding amu……