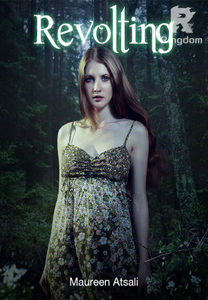 "Nina, as part of the treaty negotiations with the Gold Mountain Pack, I have agreed to a marriage alliance. You, Nina Boyton, will marry the Alpha's son, Nolan Pierceson on the next new moon."

I felt like someone had punched me, knocked the air out of me. "What? Daddy! How could you??" I whispered in shock. Arranged marriages were an archaic thing of the past. Nobody did that anymore, did they?

Daddy looked pained. "I did it for the sake of our pack, Nina. We are a small pack, and since your mother..." he couldn't quite bring himself to say the word "died"..."We are weak and vulnerable. We need the protection of a larger, stronger pack. This political alliance will ensure our safety and our survival."

I felt so many emotions whipping through me, I couldn't grab ahold of them. "But... why me?" I had two sisters, one older, and one younger. Janice was smart and strong, one of our best warriors. And the younger, Hannah was the beautiful one. None of us had found our mates, we were all single and available.

I was almost sure if the Alpha of Gold Mountain had ever seen the three of us, he would have picked one of them. Not me. I am the most ordinary, non-descript, and insignificant of the Alpha's daughters.

My father has forced me into an arranged marriage with Nolan Piereson of the Gold Mountain Pack. What could be worse than being forced to marry a complete stranger that you don't love?

Turns out, there are a lot of things that are even worse.

I had been groomed since I was a boy that I was a beta, and that was all I ever would be.  My father was a beta, my grandfather was a beta... so there was nothing for me to do but follow suit, and be content to be second fiddle to the alpha.  It had never occurred to me to question the tradition, and I never thought that I ……