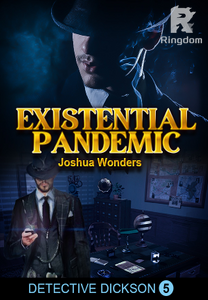 Dickkson returns in this sequel, surprise surprise surprise, he isn't dead but someone who he doesn't recognize is pissed with him, holding on to the fact that he ruined her life, she tried to destroy him but Dick survives barely.
The person obsessed with taking revenge and seeing there was no alternative travels to Azexela's domain, she makes a fatal mistake and unleashes a terrible evil.
Now, Dickson's life isn't the only one in danger but countless more as well.
This promises to be the most hilarious of the series thus far as a new character enters the mix.
If you think Dickson is a d**k, well meet his 16 year old self and the meaning shall be explained perfectly to you.

Dick keeps running as fast as he could, thanks to trying to keep up with his younger self's speed, he had become faster than he even was in the past.
He ran past the island, soon he was running on the empty space, he avoids the Azexelan spawns as he keeps running, he had ran for over forty tredecillion light years in just a mere 0.003 yoctose……