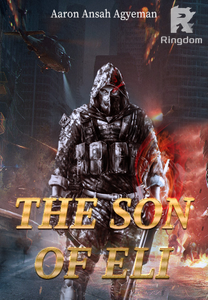 The excitement builds up!
As the world lies wasting away, with the despaired human beings being hunted by the Searots, Tombers and the deadly Red Circles who kill to feed The Purple Visitor nestled inside the crater, the son of King Eli Kem sets out from the haven he has created for a few survivors.
He is slowly making his way to his father's land, The Kingdom of Eden, and he still hasn't really grasped the full extent of the amazing powers he possesses!
He is fearless, for a start, and knows a bit of his ability!
As he journeys along the coast, seeking ways to get to his destination, he grows in knowledge and the strength he is capable of. When he sees the wickedness and death spread around him, he helps where he can, and dishes out terrible retribution where due!
He is the only one standing between the agents of death, and the weak, defenseless, human survivors!
The son of Eli walks like a god!

They were made comfortable.

It was not as comfortable as they would have loved, but they had to do with what was available. Most of the people were taken to a huge, enclosed shed which had once been a worship centre.

The huge floor now served as sleeping quarters for many in the night.

Azami, Eli and Eichi were given the guest ……