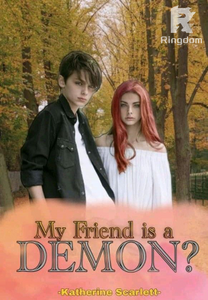 I guess you all must have heard about demons , those who exists in games and humans imaginations .
But don't be mistaken those really exist , our imaginations can also take form and those give birth to the ones we call demons .

Demons , hearing that word gives us thrill down our spines . Long long ago humans and demons had fought with each other for survival on this earth .

In that fierce fight , Demons have lost because of the commander of the demon's Lucifer had betrayed them and had sided with the humans as a result human have won and taken control of the world .

NOW many years have passed and humans are living in peace after the demons have gone demons retreated their forces and have left the human world ,

Many years have passed after that , most of the people have even forgotten about the demons .

This is the modern time , where demons like things people don't believe in now . People now think of them as imaginary things which had only existed in folklores .

This story is based on the Demon's who have long gone from this world . They not only have shifted into another world their legacy still exists .

Read the adventure of human and demons , how they get along and the image humans have of demons are they really the same or not let's find out on this journey .

Lucifer covered his body with black clouds then flew at her. She also came towards him now with the flames covering her whole body. Both of their powers faced each other. Her Wings were quite bigger with more strength than him