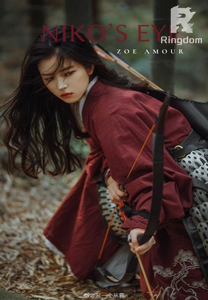 Niko Jin-Ae Akari is a Japanese orphan who lost her parents at the tender age of 7, by the hands of the greedy Japanese mafia. They had killed her father and burned the house which her mother, her little brother and herself, were in. She and her little brother were able to get out of the fire, while their mother sacrificed her life for them. They wind up at a Coventry and are both adopted by different families. Their father was a Japanese police officer who was on the verge of discovering the offences of the Japanese mafia, before they killed him. Years later, Niko, who has resurfaced as Catalina Taylor, an American government official, is back in Japan, for revenge, and to find her long-lost brother. Will Niko avenge her parent’s death, and in the process, lose her soul? Or will she choose to put the past behind her?

Niko sat at the foot of the bed in her hotel room, fondling one of the objects that she picked up from Sang-Hoon’s room, her face scrunched up in thought.

Her pensive brow furrowed and her lips pursed.

She stood up and untied the kimono, letting it fall to the floor, revealing the dragon tattoo that she had draped on the surfac……