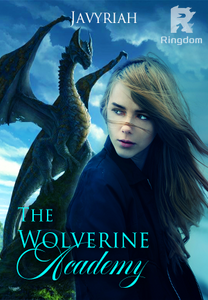 5 Sep 2020 to 27 Jan 2021
The Wolverine Academy is the best academy for supernatural creatures. The charmer boy of Wolverine Academy Robert Eisler is the love of all the girls. He has a decent personality with zero attitudes. He is very nice to everyone in the academy... Except for a girl she wrecks his mood as he laid his eyes on her. Robert ignores her as she didn't exist. The loner of the academy Edwina Ambrose. She is a shady nerd. She got bullied by the spoilt brats in the Academy. She never speaks. A huge frame of glasses rests on her face. Edwina made eye c****t with anyone. Robert wondered how can she be a werewolf!!! She is a coward mess. She can not fight for herself. He just hates her. But what happened when he comes to know she is his mate!!! Why is Edwina's life messed up? Or she is in the cage of a beast. The secrets of Edwina, Robert and Drayke will be all revealed in The Wolverine Academy.

The supernatural world was in peace from the day the war ended. AND the evil vanished.

Alpha Eisler and Hybrids were at their right place. It was in hell.

All the creatures are living with peace. They understood that you can be powerful and unique by adapting yourself as you are... Not by the hunger of powe……