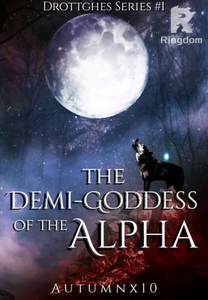 The Demi-Goddess of the Alpha

Flion Drottghes is the Alpha of their tribe, he is known as the most powerful in their Empire because of how he maintains for being the rank one in the Questionnaire Academy but, unexpectedly happened when one of the Werewolves betrayed him and together with Arantxa, the mother of his son they jump in the portal.

They see what happens in their past but, the thing is they are being separated. Arantxa was got to the Future while Flion was coming back to the past when the Goddess Artemis receives her punishment which is to be a DemiGoddess.

The werewolves are praising their Goddess Artemis but, what if the one that broke of their Goddess is Flion that has the full trust of Artemis. Does it will cause the heartbreak of Artemis or to wrath an act of revenge to Flion for breaking his heart?

It's been four days since Fayette crash-landed us in the mundane world. I didn't blame her for being so reckless. I mean, she was new to her title as a Tempus after all.

Reminiscing on the event only made me remember the pain of my shattered bones. I was starting to believe now that she purposely made me go first, obviously knowing ……