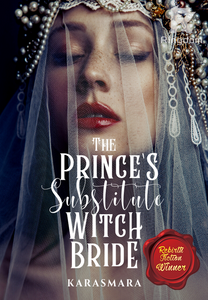 Seraphine the Dark Witch was just a step away from destroying the world. All she had to do was destroy the gem in her hands. But suddenly, the gem turned back time and put her in another body.

The previous owner of the body is Seraphine Storm, a weak, meek, and abused daughter of a Duke.

On top of that, the day Seraphine the Dark Witch transmigrated, is the day Seraphine Storm is about to substitute her sister in marrying Prince Rowan Havenglow, an ambitious and quite rude prince–according to Seraphine.

As an evil witch, of course, she would not stand idly with such fate.

Song: The Fear of Letting Go by Ruelle

The first memory Seraphine had of her life was darkness. She heard the whispers of the shadows first before she saw the dark void. They were whispering gibberish, but their voices soothed her.

She knew then that she would never have to be afraid of the dark. It was instinctual……