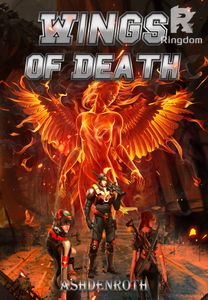 The world as we have always known it has changed, and humans are now the prey. Don’t look at the sky, for it brings unthinkable horrors. If you hear a beautiful woman singing a tale of woe, cover your ears! Run and keep running when the skies turn red. Don’t stop until you reach a shelter. Close the doors and pray that it ra. Humans are only safe to travel when it ra!
Some say they are Harpies, some call them Valkyries sent by the Norse Gods. The scientists call them Bloodwings. They look like beautiful ladies covered in red feathers. What makes them stand out from the harpies of folklore are their limbs which are covered in blue scales. It is said that if a person looks into their eyes they can see their childhood flash before their eyes, like a dream.
A young college student named Nathan Browning manages to survive the initial attack along with his parents. Assisted by his friends Margaret, a brilliant science student and Alex, an expert hacker, he tries to learn more about the Bloodwings and lead the survivors to safety.
Gradually they learn the shocking truth about these nightmarish creatures and their quest for survival leads them to a special military tallation where they enlist in the military and team up with Captain Elijah and his soldiers to fight agat the unknown threat.

“Lay down the planks!” ordered major Morris. Immediately the soldiers rushed into the swamp and laid down metal planks near the green pool of water. At the press of a single button, the planks connected with each other and formed a wide steel bridge connecting the island to the other end. The men in the Armageddon suits could now easily cross th……