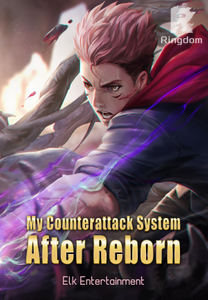 My Counterattack System After Reborn

On Todd’s eighteenth birthday, his family had suffered a great loss, which marked the end for his father, Aaron Bower.

The one who was responsible for it was his father's "best friend", Jarod, who tore Todd's family apart and had also coveted Todd's mother, Linda, for a long time, and wanted to sexually harass her.

But he didn't end up being six feet under, instead, he reborn with a marvelous revenge system...

His car was crashed again, which made Todd Bower very unhappy, so his tone was a bit bad. Black Wolf was taken aback for an instant, but he didn't dare to hesitate to run towards Todd immediately.

Black Wolf walked to Todd's side and looked at Todd kindly.