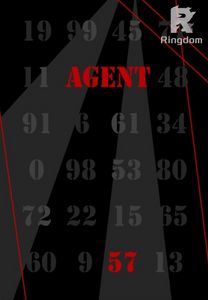 "She was my best friend. Someone I trusted far more than anyone else."

"She was worse than Devin if you can believe that."

When the team goes on the hunt for Agent 77, aka Garrett, they discover some key information in finding him...Only one problem, the last person who had it was Agent 57.

While they retrace her last steps, they run into Eliane, a civilian who gets caught in the cross fire. When they are put in charge of protecting her till the mission's over, they learn exactly how much Thirteen hates other girls.

But when Eliane starts getting closer and closer to Cody, Thirteen begins to revert back to her cold self. While Chase and Devin blame it on jealousy, Jason tries to look at it more closely, coming to the conclusion that while Thirteen seems to not be able to stand this Eliane girl, there is something more to it that's fueling her anger.

While Thirteen struggles to prove that there's more to Elaine than they can see, she gets a blast from the past.

Thirteen's a closed off and secretive person, so how will the team react when they find out exactly how open she can be around the right people? And what will they do when they have some questions that only she can answer?

Thirteen's always known more about the case than she's let on. But when she refuses to answer their questions they need find someone who can.

Unfortunately the only other person with answers, is Garrett...

"Did you leave Lily with Devin?" I ask in shock as both Chase and Cody enter my room. Henri's sitting on the chair by my bedside, reading a book. He glances up from the pages for a second as they enter before going back to his book.

"Can you really blame us?" Cody questions as he takes the second empty c……