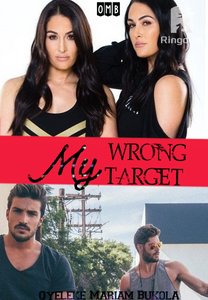 Stacy and Tracy Williams are identical twin that witnessed their parents and brother being murdered in a cold blood, they had managed to to remain unseen but they both saw the Killer. Both girls managed to survive but fell in hands of Child traffickers, they were sold to an assassin academy in China. For 15years the 11year old girls stayed in the academy to become ruthless and brutal assassins. It seem they might never get to leave but they held a deep grudge for the person who had took their life away from them, Investor Alexander Alejandro.

The girls decided one day it was time for vengeance. They had given Alexander Aljendro time enough to be happy and successful. Now they plan to take everything away from him but in the course of doing that? The girls figured their parents were wrongfully accused of something. Now they had to deal with proving their parents innoscence and getting vengeance. But to do that one of them has to become a detective, the greatest thing against their nature. What if there's more to it than they know it? What if their choices to be who they are not just to achieve their goal was a terrible choice? What happens when love get intertwined to it all? What if their whole life had been planned by someone they had no idea of? What happens when they figure out they have always had a shadow who follows them around no matter how far they run? What if they are just a pawn on someone's game? What if there's someome out there who knows them more than they know themselves?

Xavier Alexander was just a normal rich business man who fall so deep for the girl he had a one night with during one of his trips. Everything was going well for him until an associates of him was killed and every evidence points to him? Now he needs a detective who could reveal the mystery behind the death of his associate and prove his innocence.

"If you don't know the league, how did you know my name?" I demanded staring at the stranger coldly as I prepared myself for attack.

"Someone who knows you, also I don't know what that is but...I'm just here to send a message to young master." The man said reaching for his sword and I immediately unsheathed mine.

"Let's make this fast I don't have time for this" I hissed harshly and he chuckled,

"You don't have to worry, your sister is quite busy herself" He attacked me pretty fast and I must admit I wasn't expecting him to be that fast nor was I expecting him to know that much about me.

Why not sit back, grab a popcorn while we ride through this journey of suspense and thriller?

I couldn't believe what I was hearing when I was arrested for Emmeline's attempted murder but then it didn't take me more than few seconds to figure it out that my sister did it. She must have gone to threaten Emmeline the center ion in the story, the person that seems to have everything revolving around her, how ……