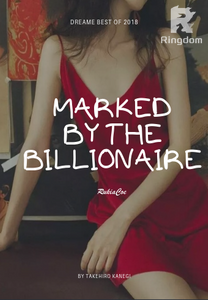 Marked By The Billionaire

The first time they met, they had sex. The second time they met, her whole body was touched by him. She had angrily called the police to accuse this arrogant hooligan of sexual molestation, but the result was they ended up getting married.

The “hooligan” turned out to be William George, who was a famous oncologist in New York. This was so different from what she had expected! Fortunately, he was tall, handsome, rich and a great lover. She had no regrets, but of course there were some complications…

She should know she just his mistress,
She should know he had fiancee,
She should know he was hurt deeply by her five years ago,
She also had an unmentionable secret, she didn’t know who was her son’s father.
Although she couldn’t help loving him, after the expiration of the three-year mistress contract, she decided to leave him.
Would he retain her?

Julia was not very famous, but her personal character was very good, and she was very generous in dealing with people and things.

After a few days of internship, Julia asked Lucy to sign an employee registration form. After completing it, Lucy went to the head office for editing and received a salary card.