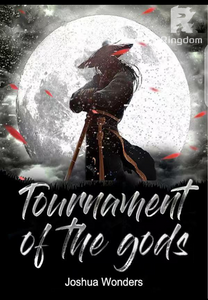 Tournament of the Gods

This is the sequel to The world called Excalibur.
Eight years after the defeat of Renkui, the gods began to take action on a way that will forever change the fate of the six Omniverses. The fifth Omniverse where Zhangshun Shan lived was attacked and he lost everyone and everything.
Travelling to another world in a distant Omniverse, he realize everyone he lost is still alive but they had all lost their memories, he's being treated like a mere pawn in the game of a higher being, Zhangshun Shan enters into the Tournament to find out the higher being who was manipulating him, he finds out mysteries and surprises that would forever faze him for his entire lifetime!!! In a search to help his family regain their memories and also to attain Godhood, Zhangshun Shan has to choose one, what will he choose? Find out!!!!
This is packed with action, strategies and corny wisecracks.