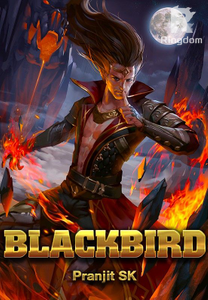 A secret organisation is working on a secret project- aptly named "Blackbird" to excavate an ancient ruin in Turkey.When they hit a dead end, they call for the help of a so called expert in recovering ancient artefacts- a con man- the protagonist. He ends up working for the black ops team and helps them in recovering "the object' - an ancient portal or a Stargate that can transport people to any time and place in history. When the protagonist learns about the evil plans of the black ops leader and how he plans to use it for his own selfish motive to gain power and control, the protagonist plans to destroy it but unknowingly activates it and gets transported to an ancient land long before civilization was recorded in history.
He finds himself in a strange land ruled by giant God- Kings and ancient people living harmoniously in a marvellous ancient city . But the rulers of the city have a dark plan for the peaceful people which would wipe out the entire world.
The protagonist with the help of a powerful mage and a brave young woman then sets out on a mission to rescue and help the people from their impending doom, facing many impossible tasks and earning great supernatural powers in the process and finding his way back home.

It was past midnight- I stepped out of my house and looked around, the rain had stopped and all I could hear was the shrilling sound of the cicadas and toads singing monotonously all over the swamp. I saw the faint moon in the night sky-as though it were fast asleep upon a pillow of clouds while the stars sang lullabies. The cold breeze was a we……