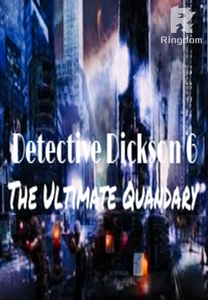 It had all happened shortly after the defeat of the blue blur, d**kson lost all his comrades except Lefinna, painfully, he found out that he and the others had been manipulated by Larias from the very start.
Larias rebirths and comes back to their world, he is as powerful and haughty as ever as he destroys and decimates all those who comes in his way, he subdues all great beings including the creator and as impossible as it sounds, he came to the world above fiction, our world to come and beat me, the author up and manipulate me into doing his own bidding.
In the end, it all falls down on d**k's shoulders to do what he does best and what's that, THE IMPOSSIBLE!!!! DEFEATING LARIAS!!!!

It was an island of Dicks, most of then were playing video games, some playing ping pong, some were playing football, basketball and other various sports.
They were each laughing merrily as they played with each other.
Suddenly, a portal appears in the center of the island, Larias steps out visibly flustered.

"So you created your f……