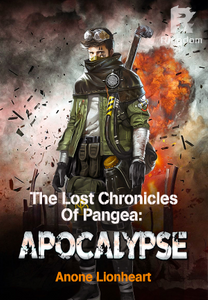 The Lost Chronicles Of Pangea: Apocalypse

After a mind breaking reincarnation, David wakes up in a familiar bedroom and neighborhood, but this was not the earth he remembers but an alternate world that has very close similarities with Earth!

but in the end this was a world much more different than what his new and old memories told him of Earth. but to make matters worse, reincarnation or not, this world was now in the early stages of an evolutionary apocalypse! with no time to understand what was going on with him and why, David is forced to adapt and grow and evolve!

if he's to survive the harshness of this world of science and magic and monsters and men! he is to be everything David of Pangea was not, and something better than David of earth could ever be..... Something New!

When David woke up, it was like a gasp for breath. It was strange really, because he had felt himself waking up, and due to a sudden fear of paralysis or you could say an uncertain future of not being able to move, he shot up quickly from his sleeping position in a bid to prove to himself that he still had control over his body.