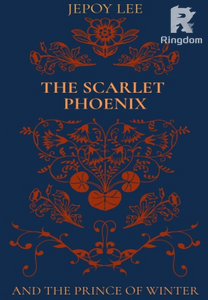 The Scarlet Phoenix and the Prince of Winter

In the eternal winter kingdom of Aure, fire does not exist. Instead, warmth is outsourced from volcanic rocks that emit heat called Coalstones, and in a place where it has become a freezing country for the last century, gaining these stones means you can continue to live.

That's Rainha's only goal. As a court servant in the palace she dreams of having enough Coalstones someday so that she can rest if she wants to, but orphans like her needs to work hard. The only silver lining in working for the castle is that she gets to get a glimpse of the enigmatic Prince Kao, her longtime crush and the apple of her eyes.

But one night, the Prince will come into her life and asks her mysterious questions that she could not even answer. And this will lead to a journey that might reveal both of their true identities. Will Rainha be still the same girl she was before, after she finds out there is more than the awe of a forgotten deity and her old lineage? And will Prince Kao be able to stay beside her, even after the truth about why there is no fire on the kingdom comes out, which involves Rainha?

This was a nightmare. This place, this scenario unfolding in front of me while I watch it from a bird's eye view... Everything in here spells destruction. Sm……