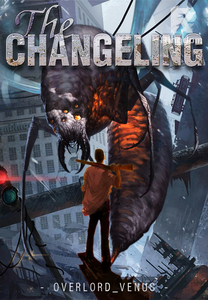 The Changeling: A Quest For Time

What would you do if you woke up one day, stuck between the fibres of your blanket?

For Prakash, this was not a hypothetical question but his living nightmare. Suddenly being shrunk to the size of a gnat, Prakash must rescue his miniaturized family from being crushed by television remotes, eaten by roaches, and falling from swaying blades of grass.

Things that were taken for granted before now necessitated life and death struggles. Fortunately, he gained the ability to transform into those life-threatening and tenacious insects...given, he could kill them first.

His ability that every shrunken human also possessed came with a steep price, one that would rend his humanity.

How will he rescue his family from the clutches of giant organisms and survive on our Earth that no longer felt so small?

The Turtle Zombie swallowed the pigeon and patted its belly. Its snakehead that hovered a couple of metres above its body swerved its head in the direction of the baby pigeon that had almost reached the hole in the wall. Its eyes focused on the escaping prey as its snake head coiled until it almost looked like a fat stump atop its turtle-like bo……