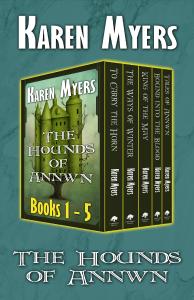 EXCERPT FROM THE CHAINED ADEPT - CHAPTER 1

Penrys was crouched on one knee, slamming the rysefeol’s recalcitrant wooden joint with the back of her hand by way of a delicate adjustment, when the sudden transition hi……