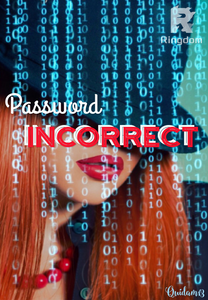 Nicolette Moore. A name law enforcement agencies across the world know. Though no one's ever seen the face of the world's greatest thief and hacker, everyone knows who she is by name.

Nicky. She's an absolute genius. Once upon a time she wasn't the best person in the world. When her family was struggling she made some bad choices to help them through it, but when she tried to get out she got pulled in deeper.

Ryder Stevenson. He's the son of the director of the FBI, and an FBI Agent himself. He's the one who brings in Nicky to get her protection from the people chasing after her. He's also the one, who gets assigned to protect her.

Neither one of them like each other, and they can't go five minutes without getting in a full blown argument. She's constantly ditching him only for him to show up later and prove to her he's not that easy to get rid of. They're stuck with each other whether they like it or not.

But he doesn't know who she really is. What will he do when he finds out?

An FBI Agent protecting THE Hacker. The one the FBI have been after for years...this just screams chaos.

I bolt upright in bed as I listen to the deafening bangs of the gunshots that are coming from the front of the house I've been calling home for the past few days.

The gang. My mind tells me. But how did they find me? True I cut off the head of the snake, but……