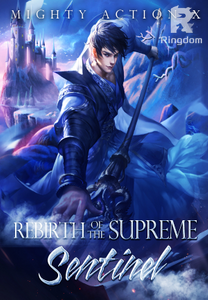 Rebirth of the Supreme Sentinel

Nichol Schade sacrificed his life to end the Sentinel Apocalypse. The apocalypse that befell to mankind when the Super A.I. Sentinel purged them.

200 years after, Nichol was reborn in an era where the Sentinel Apocalypse was nothing but a forgotten history. However, this era is facing another apocalypse in the form of the Mazes. Dimensional cracks that ferries invaders from other dimensions.

The only people that can rival them are the Rangers. Chosen people that awakened their Innate Skills.

Nichol regained the memory of his previous life alongside his awakening. However, he wasn't reborn alone.

Reborn alongside him is the Super A.I. that nearly erased mankind during his previous life and he is reborn as his Innate Skill.

-There's no science for coincidence. (Sentinel)

“Now, we will begin the operation.” (Nichol)

This is their story.

Inevitably, Nichol and Sen survived but as a consequence, Nichol was unconscious and Sen was offline for a couple of weeks where during that same timeframe, several developments had occurred from both sides of the Sky Wall.