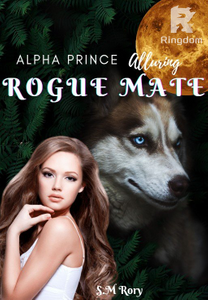 *DARE TO BE TEEN: ELITE ACADEMY WRITING CONTEST*
"Hurry up woman! we will be late, or don't you want your daughter to remain alive even if we know so well we both are going to die soon. The Woods pack forest is quite far from here and the earlier we started the better for the life of our daughter." Darla's Father hastens his wife,  as they both were in the bedroom getting ready for an unforgettable day in their life.
On getting to the Woods Pack boundary, Darla's father glance at Darla, his eyelids are clouded with inner tears but he turned his face away immediately. "Darla, come and sit at the bed of this tree and rest, I want to go and get you some fruits to eat. I know you are very hungry right now." He said putting his finger at the base of the forest tree while Darla's Mom looked away from her daughter.
"Alright, Dad, don't take much time, okay," Darla said dropping her spine low to sit down at the base of a tree.
Darla's Dad walks behind in disguise, pulls out the ropes from his backpack before fastening it on Darla against the tree. Darla would s****m but he clenched her mouth tight with his other hand until he had tied her to the tree, covering her eyes with a tight piece of cloth. When he was done, they set on their way back home to die, leaving their only child and daughter, Darla in the hands of fate.
*****
Read now to find out what became the fate of a girl who was abandoned to die by her parents.

That was a shock with her. Her unexpected move to leave me, in the weight of her recollections was I stifled myself. I made myself mindful of the aggravation.

I wish there was a choice to erase every one of the recollections from our heart and brain. Yet, finally I was human, I understand. I felt horrible inside. Like there was a ma……