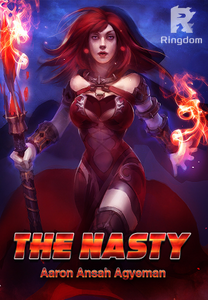 In an unknown world, a king is murdered…
His young son, Prince Nana, should be the next king, but sinister forces in the kingdom do not want this to happen! They plot and twist the fates, and the throne falls into the hands of Biko, a man everyone assumes is the rightful heir.
To fulfil their evil agenda, they force Nana into the deadly Circle Hunt where the fight for survival against deadly adversaries begins in a hostile, horrible environment!
The odds against the prince are daunting!
It is obvious that Nana cannot survive the Circle Hunt because he is so ill-prepared!
However, no one took account of a strange creature that was forced into the hunt purposefully to offer a weak link to Nana's struggles.
This horrible creature had been in a cage at the Sightings, a cage labelled only as: The Nasty!
Now, they’re together in the hunt…
A nasty little thing and a gentle prince who abhors violence, pitched against a horrendous bunch of wicked combatants in a terrible terrain…
That is just the first level, the beginning…

The Circle Hunt, Door of Lade

When he sighed and began to turn, he found himself standing on the most beautiful green grass he had ever seen, and in front of him was a white door.

LADE was written on the door in gold lettering.

It was over, he knew.

It was time to go home.

Nana walked to the door and reac……