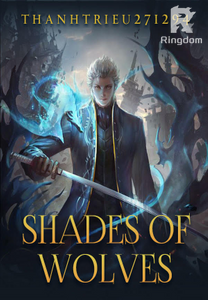 Ten years ago, there had been another respiratory pandemic. Even when the medical development had made great strides over the past 80 years, the virus’ wave of strike and vaccine-resistant strains had yet been unable to be stopped.
-----------------
The company had become lots of people’s life goal lately. The recruitment news to participate in this company's survival race had been everywhere. The reward was worth 100 million US dollars and an access card to their intelligent library. And to everyone’s awareness, if there was a survival game, it was obviously inevitable to have the dead and the survivors. It was nothing but fact.
------------------
The Interview:
The yellow-eyed interviewer sitting in front of Hoa was scanning her with them eyes:
“Can you mortgage property over one million US dollars?”
Hoa shook her head. If she had had that much of money, what’s she doing here then?
“If not, then I guess we have to skip that part”. She put a warm smile on her lips. She probably did that with everyone. It’s like to say that this whole thing was not really difficult or anything and worries were unnecessary.
“Your academic performance is quite normal, nothing special. So that is quite hard to be used as a bet item”.
“I know”, Hoa responded as if she had the knowledge about this interview already.
“Then what’s the most important thing to you?” the secretary didn’t bother to look at Hoa, hands were busying writing something.
“My father”
---------------------
The First Game:
“Have you ever considered that these 100 questions of WIC aren’t really the game question at all?” Hoa looked at the torn paper in front of her eyes while speaking her thoughts.
This first game was really strange. They were assigned 100 questions. “No internet connection” was the only thing the supervisor guy had said. Nothing was said meant the same with nothing was impossible to be done as long as they did not cross the line. It meant the participants could even exchange the answers or discuss to get the right answers.

-------------
The Third Game:
“Players must use five hints given to find out the final answer. This game will expire after three days. If players cannot find the answer within the time provided, players are allowed to sacrifice one player to have the next hint.
Among the players, one is secretly chosen to be the guardian. The guardian is permitted to protect the chosen sacrificed one. However, if the guardian protects the chosen sacrificed, no hint will be granted. After every vote, the guardian function will move to another player.”
First question was: “We have to contribute money every month to feed the useless kings”
-----------
The Fourth game:
“There are only six players left to enter this one-on-one game. The opponents are chosen randomly. We’ll see what’s going to happen in the game between Felix and Hoa”

-------------
Final Game:
There were only 3 players left. Each of them was given terrain bomb, the only advantage for them. They must use it to fight against the others.

The outside space was having its pitch kind of black, no light, and the cold crept into a wooden house in the mountains. A girl was lying on the bed, her eyes closed, cold sweat running down her forehead. Until the dream became too terrible, her body began to lose control, her b……