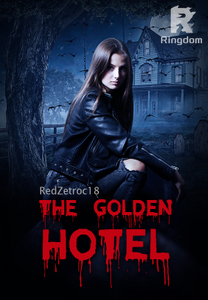 Countless of fictional stories about murder has been produced in the film industry. Most absurd killing methods can possibly be done in actual, but not many has the perception to build such complicated machinery just to kill. People are more likely to choose the simplest weapons to use-weapons that are within their reach namely the guns, bombs, and knives. Only a wealthy, psychotic criminal will attempt to accomplish the insane and inhumane.

Until one day . . . the unimaginable happened.

Twelve adults attends their university's reunion party and wins an invitation to a five-star hotel. One of them is Faith, a deceptive twenty-four-year-old woman. She later finds herself in a life-threatening situation, pushing her to conceal her real identity in order to catch the real culprit hiding among them. However, sacrifices has to be made every four days as they are forced to play the so-called death games inside Golden Hotel.

Hans and Faith never left Room 24,456. They had kept themselves away from the remaining players to avoid unnecessary drama. Faith had no choice but to carry out the big plan alone. She knew who was going to die today. The mere thought of that person dying heightened her emotions, but she was trained to convert those emotions into manipulating an……