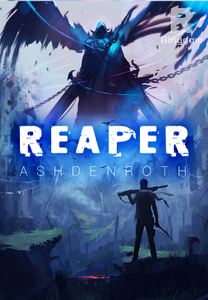 The darkness is real. Monsters lurk in the shadows, unseen by the passerby and the old abandoned houses and cemeteries are haunted by malevolent spirits. Even the sceptic will be forced to believe in evil, as the horrors of the night manifest themselves on earth. Lucifer is coming!
Follow the hunters on their journey to keep the people safe. Be a part of numerous dangerous monster hunts and unnerving exorcisms.
The angels are real and so are the demons. As the 9 kings of hell prepare to invade the mortal realm, the world will burn! Only the Reaper stands unafraid, ready to face the countless hordes of lesser demons, led by the Dukes of Hell.

“There will be time to talk later. For now all you need to know is that terrible things are about to unfold on earth. All kinds of malevolent beings are on the loose now and there will be more if they aren’t stopped.” Placing his left hand on David’s shoulder, the man asked, “Mr. David, do you believe in demons?”

The old man closed his eyes and sighed, “That’s too bad, because they certainly believe in you.”

Lucifer had given up his powers, but the Archangels knew he could never let go of his hatred for God. Though his flaming pride had been extinguished, embers of ambition still burned within its ashes. He accepted his defeat with dignity, but refused to repent for his sins.

The infernal kingdom had crumbled to dust, the armies of hell ……