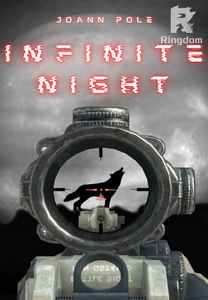 We brought it all on ourselves. Political disputes, the struggle for influence and resources eventually led to a war between nations. A war in which there were no winners, but only losers. Blinded by the lust for power, we cut our legs off ourselves, not even being aware of the dangers lurking in the shadows.

We were not aware that by destroying our own satellites and neutralizing enemy technologies, we would create opportunities for an attack from a side whose existence we had no idea of. Without our technological advantage, they squashed us like cockroaches standing in their way, giving us the Infinite Night.

When the monsters came out of the shadows it was already too late for humans. They took everything from us, our land, rights, dignity and life. But there's one thing they could never get, and that's our will to fight.

Now, twenty-seven years after the war I, Tamara Alson would give them a reason to fear and constantly look over theirs shoulders. Even if that's the last thing I will do.

I was standing on the makeshift stage, holding Jack's hand and in my other arm holding Julie, who was thankfully fast asleep. This little girl is nothing like her big brother. Julie is definitely a diva, screaming all day long, unless she's in her Dad's arms, of which Tamara takes fu……