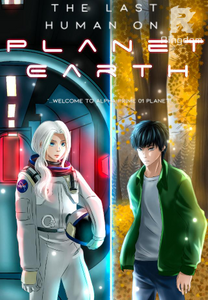 The Last Human on Planet Earth

However, the woman named Celeste Sheverein reincarnated in the Year 4020 where there is some hope if they fixed the things earlier but the thing is, she didn't stop it and one of the astronauts invented the spaceship that can make someone survived. However, they didn't stop the ozone layer from becoming open because of the corrupt authorities that want to survive on their own and one of them is his father that is the reason why she escaped where they are hiding.

Until, the spaceship was enough for one person and the two of them should choose who will sacrifice in order, to live and the someone that will survive will be the last human on the planet Earth.

Who would be it is?

Celeste turned to the other side of her bed, hoping to get her body from itching.

Her father’s voice kept reverberating in her ears. How could her husband risk his own life just to save her? It was hard to keep the sadness even though she knew that he died in the future and this was the past.

She had reincarnated into……