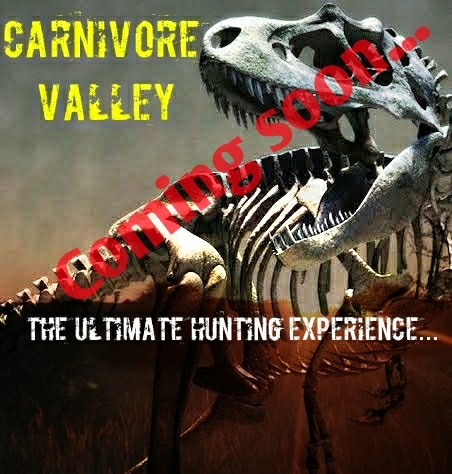 I'm a reader of books and a writer of stories, kinda like science fiction a lot and things that can really pose a danger like sharks and croc's, those type of stories are what actually gave me nightmares once. I like werewolves the most, but the type of stories in Sci-fi I love are those with an epic plot twist at the end, the Protagonist turning antagonist, and antagonist turning protagonist (Shoutout to Vegita) I hope you peeps enjoy my books, its a hobby of mine. What intrigues me is that every human being in some way or another has a story in their head, and of those stories bred from dreams, I know one day well see a blockbuster! Keep typing, and God bless all of you.
MORE

I'm a reader of books and a writer of stories, kinda like science fiction a lot and things that can really pose a danger like sharks and croc's, those type of stories are what actually gave me nightmares once. I like werewolves the most, but the type of stories in Sci-fi I love are those with an epic plot twist at the end, the Protagonist turning antagonist, and antagonist turning protagonist (Shoutout to Vegita) I hope you peeps enjoy my books, its a hobby of mine. What intrigues me is that every human being in some way or another has a story in their head, and of those stories bred from dreams, I know one day well see a blockbuster! Keep typing, and God bless all of you.
FOLLOWERS
No follower
FOLLOWING
You are not following any writers yet.
More

"You uppity fokkin bitch!" Arno yelled getting the lock off and threw the doors open, to everyone's relief there was a vehicle in there, but it was the oldest one they saw so far, and brown with dust. "Shit! This thing won't f*****g start!" Bison yelled as they went for the pickup anyway, they jumped in coughing from the dust but the vehicle suddenly bounced making them freeze again. "Nobody move..." Bison said. "It's not like we fokkin can! There's no key in the fokkin ignition!" Arno said checking the inside. The vehicle bounced again and they swallowed, this thing, this Giganotos was much, much heavier, much larger than they anticipated, the large paw came down in front of the car bay they sat in, it was in the jungle right behind the gas station, if they were to have continued, they would have walked right into it. "It, it was an ambush..." Helga whispered. "How can you be so sure?" Genevieve asked. "We followed zhat first one, it veered off into the wind... Zhis is a different one!" Helga said in her whisper but twitched when the giant paw lifted away from the ground, when it set down they bounced again. "No wonder Rebecca don't bother with these buildings, the sheer tremors of these things will shake the building apart!" Arno whispered but Genevieve slapped him. They heard it rumble, and the sniffs it took by the front of the building. "It's gonna find us!" Bison said. "I need a knife!" Arno said and Genevieve drew out a large hunting knife. "It's too big! Where the fok did you even hide that!?" He said. Helga reached over and flipped a smaller knife open in front of him, he took it, rammed it into the ignition and attempted to start it. The engine literary sounded like it was calling the thing outside 'tshou tsi tshou tshou' It went and Arno stopped feeling a shrill run up his spine and his heart drop to his gut, he was just short of crapping himself. They heard the Giganotos grunt, it clearly heard that attempt at the engine, another paw stepped down and they bounced once again. "Try again mallcop! f**k try again!" "Ringing a fokkin dinner bell here Genevieve!" "We all gonna die!" Bison wailed but the engine roared to life, Arno had it in first gear and planted the gas. "Out and left Arno! Out and left!" Bison screamed as they spun out of the garage and turned around the building. Now for the first time they could take a good look a the this gigantic meat eater, it was a dark brown almost black, it didn't have a set pattern over it's hide like a Trex does, but it's head huge and full of teeth just as a Trex none the less. The Giganotos twitched when it saw the vehicle suddenly fly around it and passed behind it onto the gravel road, it turned and roared after them. "Fuuuck! We got it's f*****g attention now!" Bison bellowed. "Keep the gas planted mall cop! Here it f*****g comes!" Genevieve screamed. It was severely difficult to keep the pickup straight, every time the Giganotos slammed a running claw into the ground the pickup hopped "Fok! This isn't going to fokkin end well!" Arno yelled.

Hunters moon Aniwaya follows the story of the native American girl Blair Blackmoon. She was adopted by an Apache clan as a baby after her clan got overrun, but what the new Apache clan didn't know of her is she was chosen to be part of a long line of warriors known as the Aniwaya, the wolf people. Blair is sacrificed thinking she is a witch but is saved by the Greatwolf Maikah who resides in the Astral plains, and is taught by the wolf that she is a guardian of the living and is not yet fated to die, and Blair herself is then made into a great wolf. Blair sets off with Maikah to protect the living from creatures that escapes from the Astral plains and soon realises she might not be up for it, as these creatures are beings that haunts nightmares, young and inexperienced she makes mistakes thinking what she's doing is for the greater good, but only finds out later she was wrong. She makes friends, falls in love, learns of fear and threat, but tries her best to overcome her shortcomings. In the end its a fine line between right and wrong, will Blair be able to overcome this massive task given to her by Maikah? Or will it lead to greater dangers heading in man kind's way? This novel is the 3rd installment of the Hunters moon saga.

Quintin Trueno lost his parents to werewolves at 15 and has been running from them ever since. With no one believing him he had no choice but to remain off grid, homeless and penniless, but aged 20 a werewolf approached him named Cleopatra, she offered him an escape by becoming an experimental werewolf to combat an unruly werewolf pack in the country named Angola, in return he could escape his life of living in fear of wolves. With no choice he accepted and his journey took him down the clandestine path of the world of werewolves, he fell in love with a girl and meets creatures man kind are oblivious to. Then the truth is revealed to him and it is brought to his attention that Cleopatra is not as kind as she proclaimed to be, it was up to Quintin and a select few military men to stand against Cleopatra, as breaking the truth to the world that werewolves so exist can spark a misunderstanding, since not all werewolves seek blood as the books say they do. Bonds are made and broken, love and hate, Quintin learns that your greatest allies are not always the monsters you know, but those you don't.