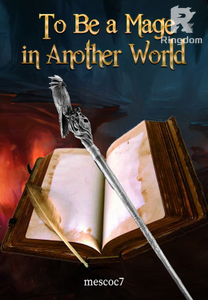 To Be a Mage in Another World

The story follows Kal, a young man dragged by a mysterious entity to another world due a mistake.
...
“Oh!” a voice was heard
“Never have I imagine that you could persevere”- it said- “I must make amends, for I had no intention of causing you any discomfort. Many times before I have embarked souls to cross, but never had I expected this resilience of you. Oh! Apologies. Allow me to relieve you of this emptiness.” As the voice finished its speech a scenery appeared.
…
“I’m sorry for my silence before, I was trying to decide what to believe, whether this is a dream or a hallucination or is what it appears to be. However, I don’t think anyone’s brain capacity can actually emulate so much detail in a hallucination or a dream, so… I’m either dead or abducted by an alien or… a god!? Said the boy explaining his own understanding of the situation to the man and, most importantly, to himself.
…
“One last thing” said the boy. “Why me?”
…
“My only assumption is that it was a random thing, which is likely since Murphy has never been on my side.” Responded the boy jokingly.
“Although luck was involved, it was not the sole participant. The reasons for which I collected you are not yours to be known, however, you were not supposed to maintain your self-awareness, and only that, is what has lead you here.” -replied the man -“You are not meant to do anything great, be it evil or not, nor there is nothing stopping you from it, live your life as you wish and maybe in the end of it, we will meet again. Now, I bid adieu.”
And thus the earthling embarks himself in an unknown world. What choices would he make and what path he’ll chose it’s yours to discover!

It was early in the morning and the court mage, as usual, was not ready to leave his bed yet, however, he had important matters to attend. A little more than a month had passed and the villagers of Calm were ready for harvest according to the land’s agricultural mage. In Calra, however, some days would still have to be waited, the crops were not……