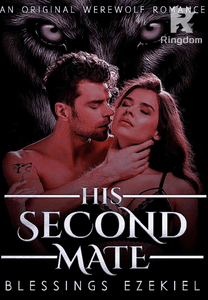 ''I can never accept you, you are not my type, you are weak, fragile, a commoner and to worsen it all, you are a girl without a wolf''He yelled those words and pushed her to the wall with so much force that she cried out in pain.

is it possible for one to have more than one mate? Well, it is.
Alpha Derrick's life was perfect just the way he wanted it, he was gifted with an incredible gift of strength and was feared among other alphas. He had a perfect mate who was the daughter of the alpha of the snow pack, everything was perfect, just too perfect, until he came back home and discovered he had another mate after he found his first mate three years ago, but he would never accept her because he thought she was weak and way out of his league.
He tortured her, hated her and made her hate him, but little did he know that she was his better half.

''Answer me when I talk to you.'' He yelled and let go of her, which made her fall on the floor and buried her head on the floor while I watched her shivered in fear.

I moved my gaze to alpha Derick and could notice he was panting heavily while his eyes were getting darker, which scared the s**t out of me.