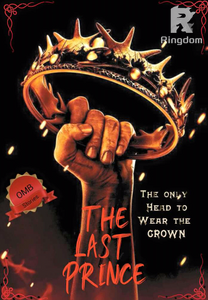 Jonas was the son of a wash black maid, luckily his mother wasn't a slave but she once was,But luckily she gained her freedom though she never told him, but his simple life was suddenly disrupted, find out how!
King Jordan Jorgensen 2 was a king many feared, he was cruel and merciless.. But after stepped on the wrong toes everything went wrong.. He had maintained his little Kingdom which was not far away from England itself.. His Kingdom was considered very important because of their resources which they manage gladly as well.. But after things went wrong and all his 12 prince started dying one after the other.. He knew his time was drawing near.. He was forced to reveal his hidden card
which he knew was the only way to maintain his rule, but will his hidden card, his last prince save his people? His rule? Will the last prince survive the trials of being a prince? Will he be able to protect his family from people hell bent in destroying them.. Found out more in this exciting story...

"who is there? The king asked as the door slowly crept open while he reads the message he'd just gotten from one his most trusted servant.

" it's me father" Diana answered so her father could have the door open.

"come in" the King said a little excited as he hid his letter while Diana saunter in. The king made a……