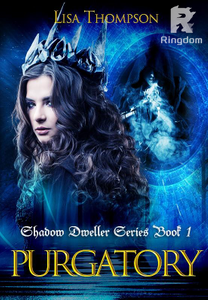 As God was set to purge the world one last time, Michael his right hand man asked him if he could choose someone from the human population to fight for them during the war to save as many souls as possible, God agreed.
So Michael chose Carlos, who in turn chose Anabel to fight alongside him. Between the two of them, they would establish a group that would aid Heaven during the final stages of their war. Anabel was chosen to save the dying souls before the demons grabbed them and ate them.
Anabel didn’t believe in this Heaven vs. Hell stuff, so when she was killed in a car crash and thrown into purgatory, she met Carlos they didn’t hit it off that well, but he didn’t give up. Just when Anabel and Carlos thought they were safe, demons attack, stealing all the souls that haven’t made it to Heaven or Hell.
Dremis the right hand man of Marcus the demon leader was told to go there and find the soul that had the markings of an Angel, but by the time he found her, the floor below her broke apart, and sent her back to her body.
Anabel thinking all of it was a dream came in contact with Dremis, he kidnaps her to start the final war with Heaven, hoping that Hell would have an upper hand, Anabel struggles with the demon that they’ve awaken within her, her choices become both good and evil. Is it too late for Anabel?

Michael looked over at Gabriel, “We need to take them to different realms, in hopes that Dremis doesn’t find out the truth. You will watch over Anabel and the twins. Be warned though, she is Pandora’s box, if Dremis finds out, he will try and find her again.”