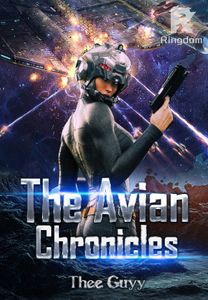 2120; Ninety years after the Emission.

Ninety years back, an accident in one of Mavis' weapon facility led to an emission of a radioactive gas that wiped out ninety eight percent of all living things, plants and animals, off the face of the earth. Mavis managed to evacuate a few hundred humans to Avis, an Island in the Pacific ocean, which was queerly unaffected by the Emission.
Avis grew to an advanced hi-tech city. Some SuperAndroid kicked in out of nowhere and began taking down the last of the human race. The SuperAndroid, terming itself as the Zoner, had the unluckiest timing in the Universe. It met Lt. Wolf, who kicked it's metal butt.

After defeating the Zoner, Lt. Wolf quit the army and started her own taskforce, SYNEX. Which became the most feared, most successful taskforce Avis had ever had. Some megalomaniac named Celvic now wants to take over Avis city and rule the only human inhabited place in the Universe. SYNEX has to stand in his way. But that should be the least of SYNEX'S fears. The Zoner is back. And that's not what also SYNEX should be fearing. Something Lt. Wolf hadn't uncovered about the Zoner. Something SYNEX could NOT handle.

Rexer was an all time winner in the Avis' gaming Championships. Together with his best friend, Murray, they'd always cheated their way to first place. But one Championship left Rexer dead - but not for long.

Kayla's father died. Her uncle adopted her and they both got killed in a car crash. Minutes later, Lt. Wolf found Kayla alive. Not a single scratch on her skin.


Together with Lt. Wolf, Rexer and Kayla were the only chance against forces threatening to end humanity.

But question is, who's side were Rexer and Kayla?

Peter and Antony gave him two thumbs up.

“Alright, gentlemen, time to roll.” Allan spoke to his comms.