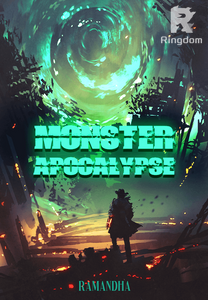 In year 2021, there was a devastating disaster that caused destruction in various places across the earth, this disaster also takes many lives, that causing humanity to almost become extinct. The day of the disaster was named the Monster Apocalypse, on that day a various Monsters in large number came from a dimensional rift which appeared simultaneously. And When the state of the world has been destroyed and wiped out by that disaster. A few years later, Long story short, Kevin, a human who has the power and weapons of monsters slayers in post apocalypse era, returns to his 25-year-old body, before the disaster happen. So, with all the knowledge he has about the future, and with the great powers he have, as well as with some reliable friend he get along his Adventure. Kevin will fight to prevent the monster apocalypse from happening.