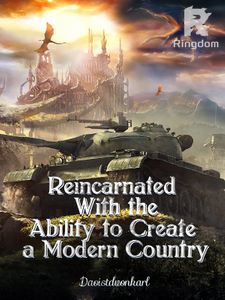 Reincarnated With the Ability to Create a Modern Country

Arriving in a medieval fantasy world, high-schooler Daniel ga the ability to start an industrial revolution in magical land.

Our MC Daniel is your average 18-year-old dumb and broke student. He was just going with his normal routine until he died thanks to a couple making out while driving. But when Daniel thought he was going to heaven or hell, he just woke up in the middle of the forest all alone.

“What the hell is going on!?! And who are you!?! Show yourself c-coward!” Daniel was frightened.

But the inorganic voice answered: “Host has been reincarnated. And I only exist in your body as a system that allows you to create a modern country, in this world where creatures of fantasy and magic exist.”

*************
Follow me to see what would a naive and immature high schooler do with such a powerful system, that could make anyone play God?